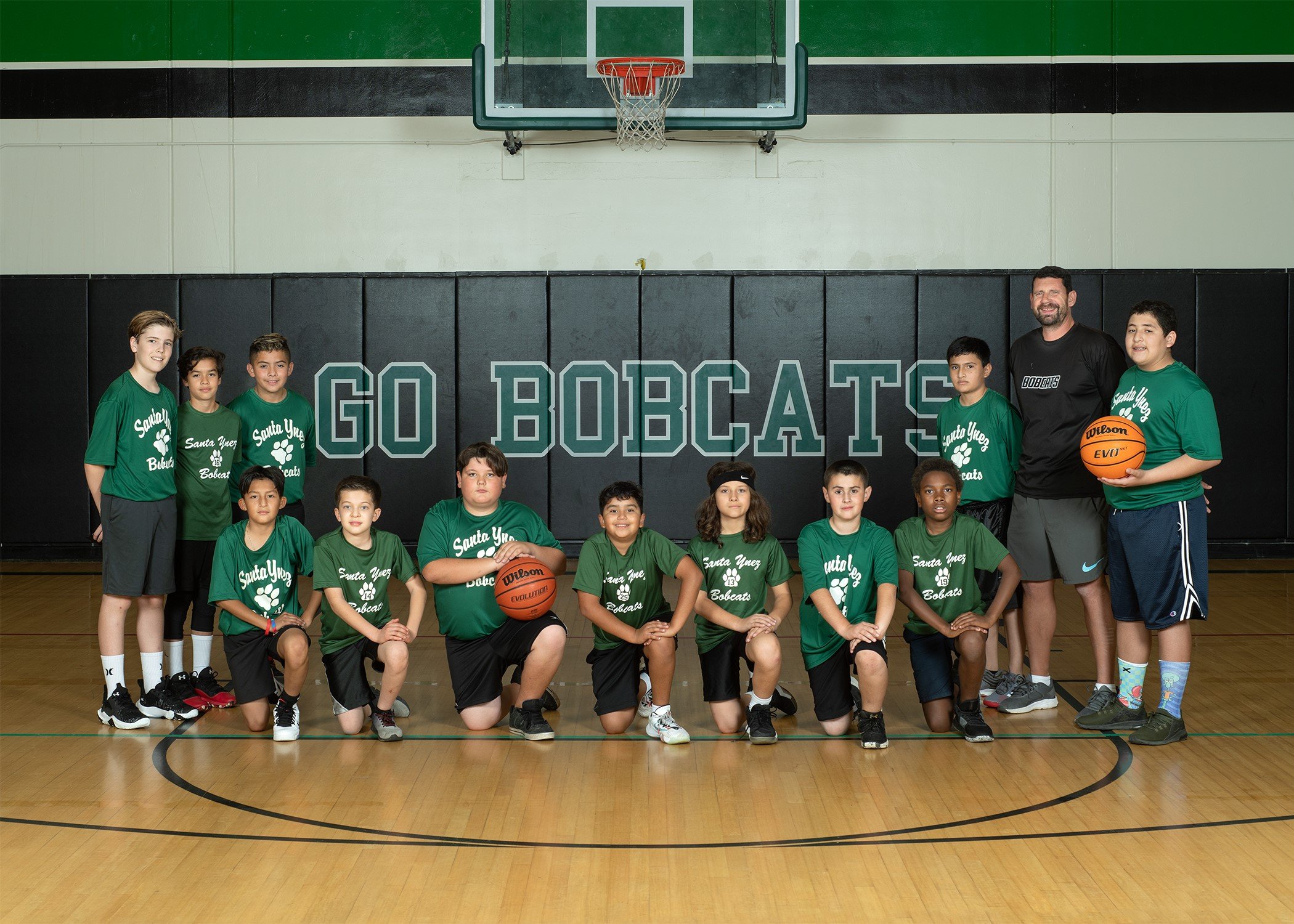 The Boys Basketball team had an excellent season going 4 and 1 in league play. They had
wins over Solvang, Dunn, Jonata and Charter. Their only setback was to Los Olivos in the last
game of the season. The Bobcats were led by starters Brody Wiessner, Evan Ramirez, Vicente
Perez and Daniel Navvarro and Oscar Margarito. Brody was the teams leading scorer
averaging over 16 points a game while Vicente was second on the team with an average of of
10 points per game. Evan Ramirez and Oscar Margarito led the team with their speed and
quickness, pinpoint passing and their ability to make outside jumpshots. Daniel, the team’s big
man, rebounded and played defense with a focused effort. The Bobcats will have 4 starters
return next season along with the entire bench. It is the first time that Santa Ynez Fielded 5th
Graders on the school’s basketball team. Coach Blessing would like to thanks Gabriel Guzman,
Jordan Anderson, Kergan Frausto, Mateo Pena, Jonathan Rodriguez, Cristian Rodriguez,
Marcus Ward, Joel Ochoa and Julian Abitia for playing on the team, learning basketball skills,
and cheering on the bench. Overall the entire Bobcat Basketball players were courageous,
coachable and have a positive bright future ahead of them.